My name is Dan, I like spicy food and apparently can’t ever decide on what to call myself. Behind the decks I am known as Cosmic, or Redshift or Mr Nice Guy, or the-dude-who-has-a-shit-haircut-and-plays-Polish-jazz, but this one is quite a mouthful so it’s probably not the best choice for a DJ name.

My passion for music started in a land far, far away, where vodka fills the streets and kielbasa is something that constitutes for about 80% of an average person’s diet. It’s a place where you squat instead of sitting down and there are 17 different ways of saying “two”.

The earliest musical interest I can remember was a confusing mix of 90’s hard Polish techno and Linkin Park’s early albums. Somehow, I managed to combine those two very different types of music and make them a part of who I was. However, as with everything in life, tastes change and evolve.

These days I’m exploring the fascinating avenue of underground electronic music. I try not to categorize myself too much in terms of what I play, but it is safe to say that my main interest is in Drum & Bass music, with Halftime, its younger, more experimental sibling being not far behind. My sets will often also include 140 dubstep & grime for a bit of extra flavour. I try to include all sorts of vibes and influences in my sets, so you never quite know what to expect when you come and see me perform. To be honest, most of the time I don’t even know what I’m going to play… what day is it again?

I’ve been involved with lo key for a while now, I think my first proper appearance was sometime in early 2017, perhaps even late 2016. Since then I’ve sort of become the dark child of lo key, who goes against all of the fluffy, floaty vibes and is determined to provide the jaw crushing sounds of my favourite underground beats. I’ve also been lucky enough to work closely with a number of other local artists and groups, and I’d like to mention a few of them here. Big ups to Blackdrop Audio boys, Breakout crew, Operate, Enta, Dunman, Dubshun of the Neversleep hype and of course all of the Key Hole crew.

May the dark side win.

Thanks …, now onto some Quick Fire Q’s 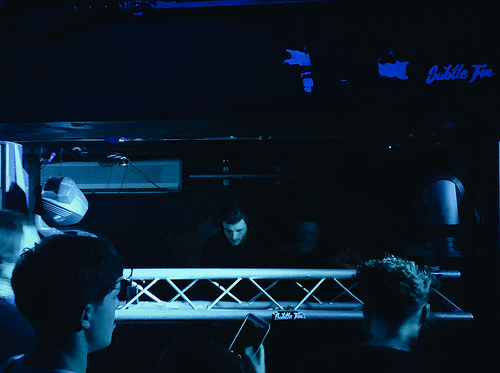 Both – digital for speed & ease, records for the sexy looks.

Hard to pick, depends on the mood I’m in. Peak time sets are great fun, and nothing gives you the buzz quite like hearing the whole club chant to a tune you just dropped, but I do love me some long building off-peak sets.

That’s for me to know and you to find out

Pour ale down my throat till I pass out 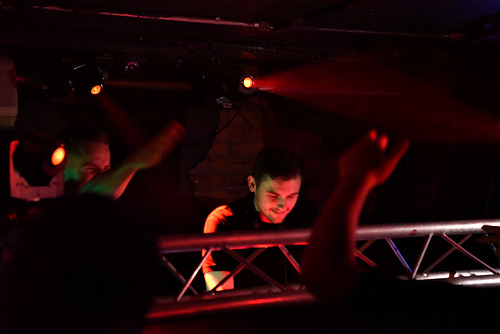