I was meant to fly out to Amsterdam on the morning of 9th September, but my passport hadn’t arrived. I’m from South Africa you see and the system over there is so rubbish that it takes up to 6 months for a renewal to be issued…

The trip was for my work colleague, Daniel Mooney’s stag do. But instead, I found myself in a damp tent at Bestival absolutely fucked up from last night’s antics. I did have someone to cuddle however, which made things a bit more interesting.. *insert cheeky emoji thing here*

I didn’t actively choose not to go Amsterdam this time. I’m generally quite terrible and very very relaxed. Overly so even… my organisation skills aren’t what they could be – ask Matt McCallum, another colleague who did manage to make it on the trip.

South Africa, like me, can be very terrible and that’s probably where I get my organisational skills from.. I’m fully equipped to run Jacob Zuma’s overly scandalous and generally terrible presidency. He is fucking terrible though. Like really terrible lol

But terrible things is not the reason I started this article. I’ve pulled pretty much everything you’re about to read from my personal blog which I’ve since abandoned since I’m ploughing all this time into this website and project. lo key’s a nice little continuum though where I’ve managed to persuade Miche and co that we can turn all this into a nice online magazine type fiasco for the things we all enjoy.. There’s more words on the link above though if you like ramblings and that sorta thing

But where were we? 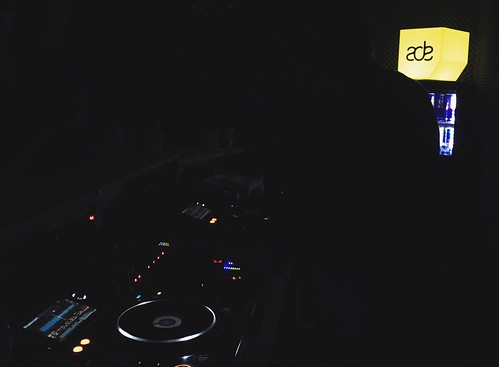 So apparently my surname is Dutch… I’m not Dutch though, but I’d love to one day find out how I manage to come from Dutch heritage. (Is a surname even heritage?!). My mum’s maiden name is Dierdericks, which is German… but that’s another mystery !

Anyway, for a week in October 2016 I visited Amsterdam for the Amsterdam Dance Event 2016 (ADE) with my compadre miche beggy beats and on the eclectics fb group I posted a few renditions of the nights before as we went along including a “track of the night” as the ting out there, as the name suggests, was predominantly a nightclub culture, music festival, underground electronic drug fest. So naturally we were out till 8am every morning having partied for 8+ hours at a time across 5 days.

I’ve done that in the fb group but now lemme share it with you all in a bit more detail….

from what I can remember lol 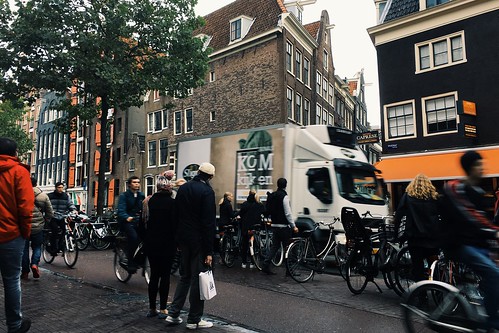 Before I start though, I will just say that Amsterdam is a very special place. I’m not sure if it’s a spiritual thing (someone clearly smonked too much) that draws me to the place, and perhaps each and every one of us have that place somewhere in the world where we just feel at home but I really had this strange sense of tranquility lmao while there. Not just in the sense of feeling comfortable though – the people are great, one of the nicest and most open minded I’ve met, the music and art culture is great, and not to mention but EVERYONE BLOODY CYCLES…

I could go on but I started this post with a different intention lol – hopefully you stay here long enough even to just listen to the song below. If you do that I don’t really mind if you skim the rest of what I have to say 🙂

First day out here and we arrived at 13:00 which gave us enough time to explore and settle into our surroundings. First impressions is that there’s a shit ton of cyclists lol and it puts you on edge having to check left and right at each intersection… Our first stop that evening was Four Tet & Floating Points which was in this really cool school turned nightclub. Really dark, dingy and all sorts of misty… You couldnt even see a more than two feet in front of you and everything just stunk of underground hipster heaven. And THAT sound system… There were some really cool art installations too which told me we were definitely in for a goat time.

Highlight of the night was this 15 minute section that sounded like it was all done live  but with all the damn smoke I couldn’t really make out whether it was live or nah, and shazam didn’t pick any of that up. Four Tet & Floating Points are incredible musicians though and while I recognised tons of the songs played, I was still really impressed with their versatility and ability to switch between such a broad set of genres so effortlessly.

A really cool start to the trip, though I lost our hostel key card lol which forced us to stay out till the end. Blessing in disguise perhaps… 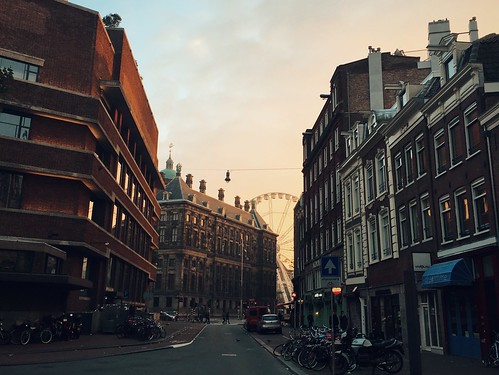 Second day really picked up where the previous night ended… We ventured down the road from our hostel to Rush Hour Records and we were greeted with a really nice modern store with a real clean setup and easy to navigate layout, and not to mention vinyl everywhere – new and old.

I really enjoyed crate digging here compared to Red Light Records the day before, which was really small in comparison which made bending over to find those gems really uncomfortable on my old man knees lol. The guy’s at Red Light didnt seem as enthused about the whole ADE thing either… that or they just didnt get involved in the whole tourists coming to party and get fucked up thing. That’s not to say they werent knowledgable or a good store by the way, just differing approaches and unique selling points. I mean, Red Light Radio hosts fantastic shows – I guess they are where Rush Hour was a good few or more years ago. 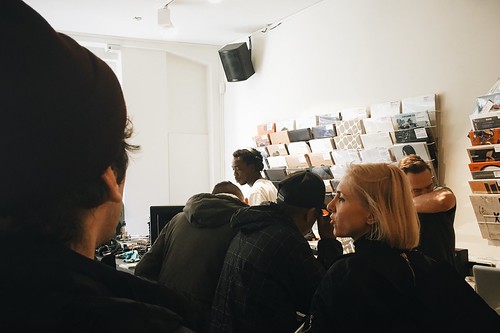 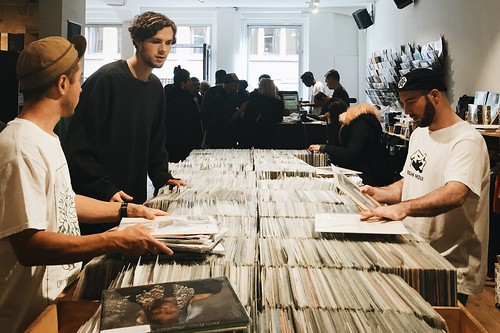 Anyway, we didnt plan on staying long at Rush Hour, and even ventured down the road to meet a few friends. But we soon head back as we’d been informed that Louie Vega himself was doing an in store livestream for Gilles Peterson’s Worldwide.FM. I thought it was really strange that Gilles himself and Thristian from Boiler Room were both lurking through the store when we’d been there earlier.

Louie Vega’s set was incredible though, it even reduced our surrogate mum Sam Jagger to tears… Really grateful I had the chance to see him play as I’d always been a fan of his work since MAW’s Work back when I was a nipper – shout out to Dan Weston if you ever read this. I remember how crazy we went every time we heard the, now terrible, Work 2007 edits… … 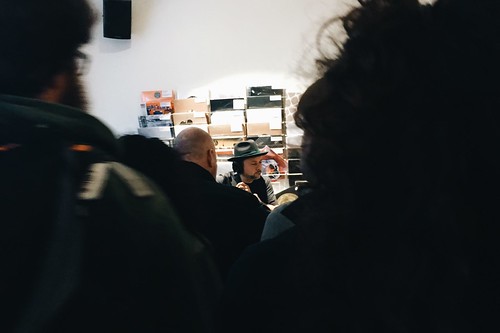 In the evening we hadnt booked anything on the advice that it’d be nice to just be spontaneous and stumble upon nights that you hear of by chatting to locals/people you meet. Besides, we wanted to avoid spending money on parties to see artists we could readily see in the UK, bar the expense of travelling of course. For example, we’re seeing Gilles himself to play in Birmingham in December…

We did manage to find a free party at a place called, Hunters, The Bar where a small group of guys called Theatre Records on a showcase of artists signed to their lable. All was well apart from a really steep staircase to the Gents which, after a bit of devils lettuce, made the place seem like it was constantly at the wrong angle…

Music was incredible though – there was a nice b2b take on Italian Techno, and also a live set from dudes called Earthlife.

Track of the day though was this, which Mr Vega played – I was particularly impressed as it is very different from his happy swingy jazzy soulful production. Not sure why I was impressed though, I’m sure the guy knows his shit and then some..

Anyway, I’ve decided to do this write up in two parts.

Two days in Amsterdam was enough to convince me of my revelations earlier in this post, and we hadnt even scratched the surface just yet.

As a little introduction to the thought behind the title – from 2016 I found myself able to travel lots more with more disposable income and finally the dreams I had in my late teens is actually becoming something that I’m living day by day. I’ve been lucky enough to travel a few places (which seems to be a normal thing here in England) so I thought I may as well document it for all you guys to read.

Hopefully you enjoy – and apols for the 2016 grammar in this post. It’s a year later at the time of posting it and I’m already cringing at the way I wrote lol. 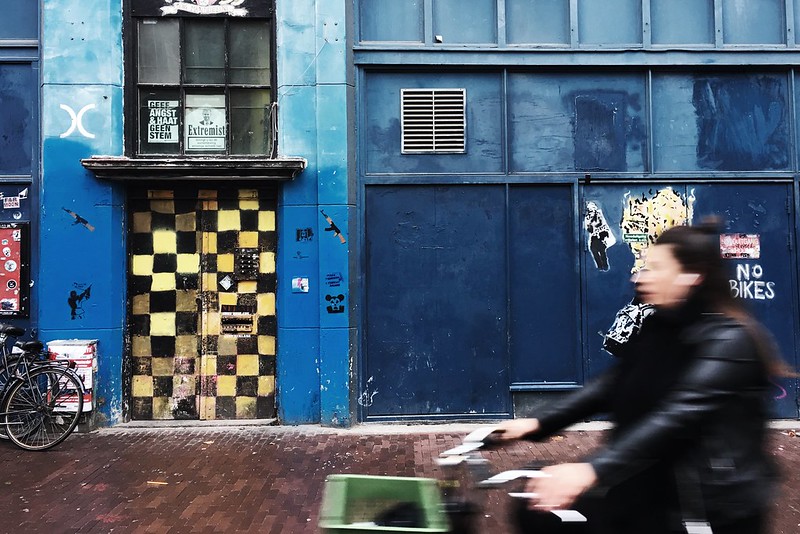