Genuinely, I’d love to know what the best festival you’ve been to was? Hit us up at lokeycollective@gmail.com, especially if you fancy writing articles on fun stuff…

So I came back from Boomtown Fair this week and as I’m typing this I’m quite broken. Brain’s all frazzled and I think I need a week long sleep.

What did I think about it?

Hands down the best festival experience I’ve ever had. 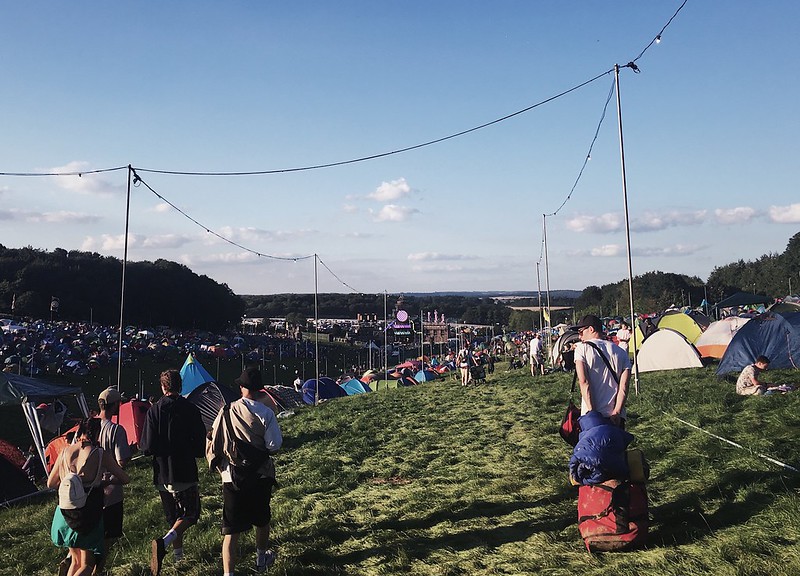 I mean it’s easy to say this now while the memory is still quite fresh in my head. Don’t ask me on my memory on anything prior though as like I said, I’m still a bit jaded.

But really the only comparisons I have are Reading Festival 2009 and 2010, Wireless 2013, Farr Festival 2017 and a smattering of day festivals here and there… As I write what you’re about to read we’ll leave Bournemouth Sevens out of the equation despite me attending 4 years in a row from 2011… … 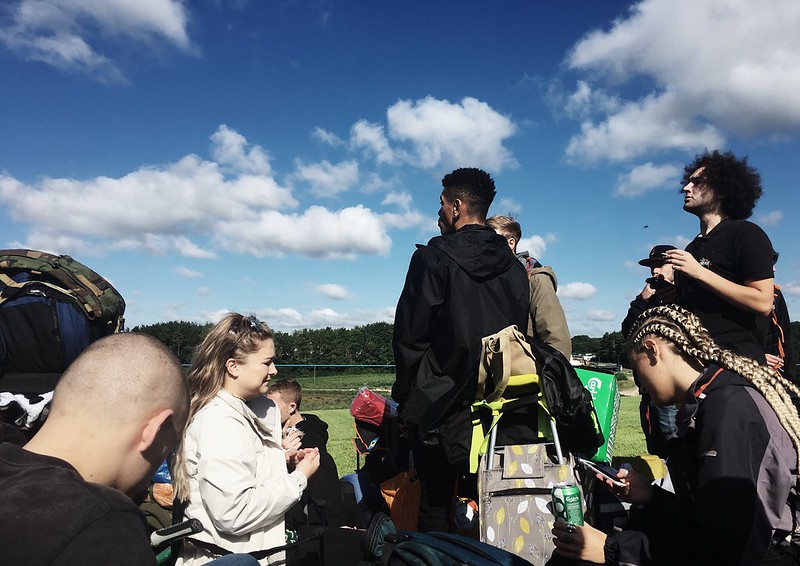 I’ll start with a little heart to heart anecdote I shared on the Friday night with Matt, Phoebe and Swaggy…

It was after midnight and by this point we had fully indulged so the chat was very very light hearted yet very super deep and meaningful at the same time 😉 and even on a normal day I can get there real quick… I’m not here to fuck about. Anyway, I expressed how impressed I’d been with the entire production value that went into Boomtown Fair. We’d decided to camp in Sector 6 after queuing for nearly 10 hours.. more on that later but my point was that this place has all these campsites named after different parts to the story like Lions Den (formally Trenchtown, I think), Bario Loco, Wild West etc. Banghai Palace is a thing too but I’m not going to retell the chapters and their history for you…

And here comes Reading Festival which has been around for way longer, and from memory I think in 2010 we camped in Zone F…

Now I’m all for diversity in the world, but let’s say you went and asked the marketing team behind Reading & Leeds what the thesis behind their choice to call it “Zone F” was, what do you think they’d say? Do you think they’ll be able to tell a compelling story to go with it? It’ll probably be some kind of corporate jargon that they’ll spit at you..

The sign for Zone F was purple though… … I’m sure Health & Safety experts will tell you that purple is better to see during the day, or something like that. 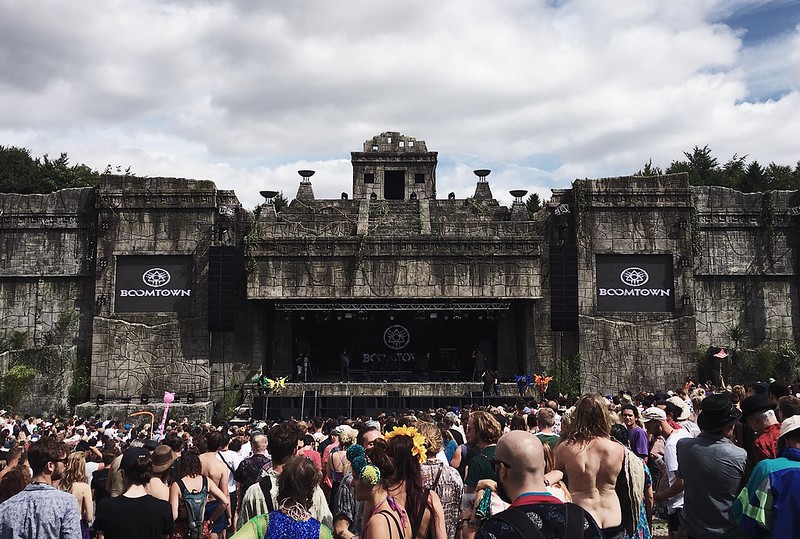 This is all tongue in cheek.

Like I say, I’m all for diversity but I was reminded that little, or not so little, things like that probably allow Reading & Leeds to book the amazing big name acts that they usually have on display. When I went I saw Travis Barker drum upside down, I experienced really sore feet while listening to Enter Shikari for all of ten minutes and to this date I experienced the best mosh pit I’ve ever seen during The Prodigy’s set.

So yes there’s swings and round abouts but having that revelation at the time was hella funny lol. I remember shortly after I heard Swaggy say something about metal and wood and I asked if he meant that metaphorically, knowing full well that I hadnt paid him any attention… He said no and mentioned that he was describing the work experience he did building rigs…

Safe to say we were all on a different tangent.

Like I say though, the festival was really great and it’s very clear to see where your £220 was spent. They created a whole city for you to get lost in for 4 days with music that covered most basis really.. Yeah it was a stark contrast in music taste compared to Farr in July, but there was Reggae, Hip Hop, Live Experimental Band Music (I just made that one up) all sending out messages of peace and love – one band in particular was Haymoon Shaker. There was also a fuck ton of Bass music… That’s not a bad thing, though don’t ask Miche his opinion on this.

It does get me onto my next point however… 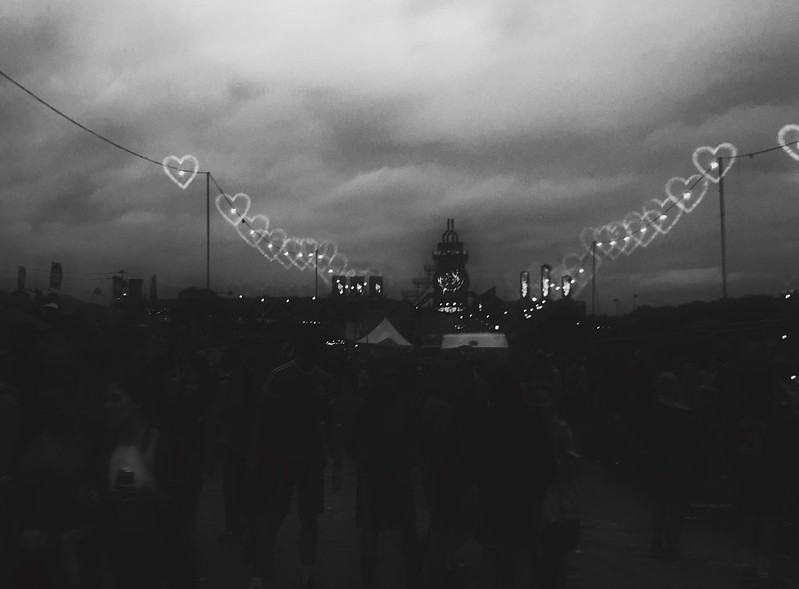 I’ve never in my life been in such an incredible environment with everyone having a good time and genuinely spreading love, yet it was clear to see that the vast majority of people attending were all young, from struggling backgrounds and were clearly going through bouts of depression. It’s weird. The energy it created really was unique and I’d only every experienced something like it while growing up in South Africa. I don’t know, either many people had not had an awful lot of money growing up, or they’re trying to make something of themselves yet whatever they’re after seemingly so far away. The thing that brought this to my attention was mainly the amount of drugs in circulation. Or it could be that they were just making the most of being able to escape for those 4 days – I’m sure that’s the reason most people would pick… Who knows!

Think about it though, drum and bass is a generally high energy aggressive sounding music – even more so with Jump Up. And maybe that aggressive energy in a certain genre of music attracts people with similar energy because it’s all relatable at the end of the day. Drugs of course take your mind from any reality we should be accustomed to, which if you’ve grown up around poverty and struggles you’re going to happily prefer that mental space to one with negative feelings no matter how momentary it is. We’ve all seen the jaws and wonky knees at drum and bass nights too lol, not to mention the fucking dude in the queue on the Thursday at around 2pm being wobbly as fuck to the point that he couldn’t even pick up his bags as the queue crept along at 10 feet an hour. It was 2pm on the day we arrived and he hadn’t even entered the festival site. If he’s not going through some shit then I don’t know…

What do I know though, I don’t know bass music like you British kids… it was my first time at this festival and I didn’t read up much about it apart from a brief insight into the storyline. I’m use to kwaito and township violence – though the two have more in common than you might think.

I’ve got a lot of time for bass music though – I think as a DJ you need to, it’s crucial in fact. 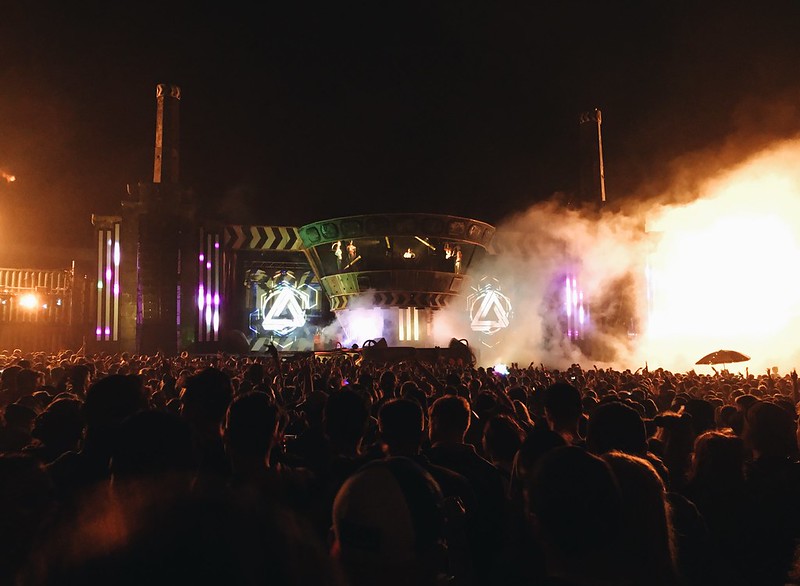 The whole Boomting was crazy though, and I love crazy. Crazy girls, crazy music, all of it. Have a break from what you usually do – go build yourself a sick pink fixie and crash it into a vegetable van – go buy yourself a car that’s older than you are and 6 years later have it be worse off than when you purchased it.

Reflecting back on it all now and the fact that it reminded me of childhoold, I realised from a young age that I’m a little bit strange myself, so I’m all over anything that’s obscure and weird, yet still remaining very tasteful.

Boomtown ticked all those boxes. It really is a beautiful thing… 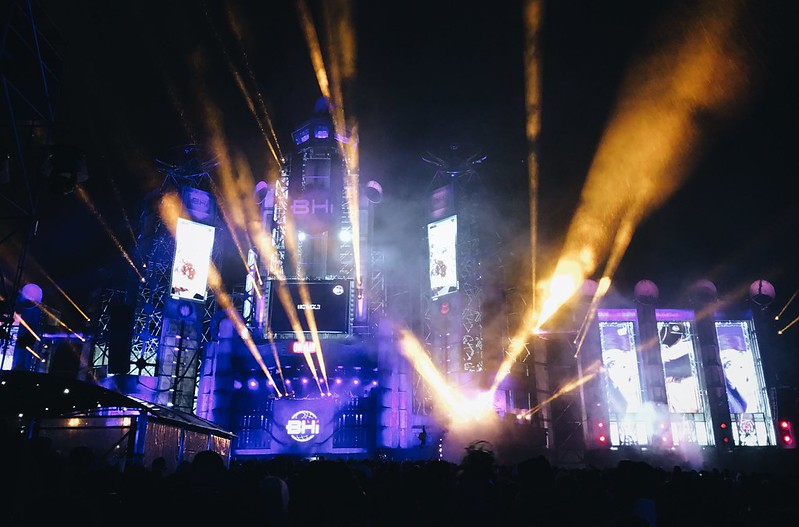 I mentioned that we queued for 10 hours and to be honest I’m writing this part of the post nearly a month later so in hindsight it doesn’t really seem that bad. But I will say that Boomtown need to get that shit sorted.

See you there next year though 😉

more at the Gallery