In February’s write up I told you that I spent a nice amount of time in South Africa. I’m fortunate enough to find myself in a position where I’m able to travel a bit more so I’ll started a series of articles called “I can’t live in any place that I visit”… Title being shamelessly stolen from Frank Oceans lyrics in a song he did with Earl Sweatshirt.

It’s tied in with one of my personal blogs so go check that out if you want to hear my ramblings on the subject. I’ll be reposting them here though as and when I find time, just to give the site a more magazine feel so you’re all not bombarded with our musical tastes.

The reason I mention the above is because I really have a love hate relationship with Johannesburg, or South Africa in general shall we say. I’ve not been back for 4 years but I always had this part of me which was interested in living in downtown Johannesburg, working as a professional in some corporate firm – a bit like a bunch of my UK school friends who have upped and moved to London, working for companies like JP Morgan, HSBC etc. Johannesburg has, or had (or maybe even still has?), the same charm to me that London and New York has. It’s just a pity that those governing the country are the ones who put me off exploring what Johannesburg’s underground culture has to offer. 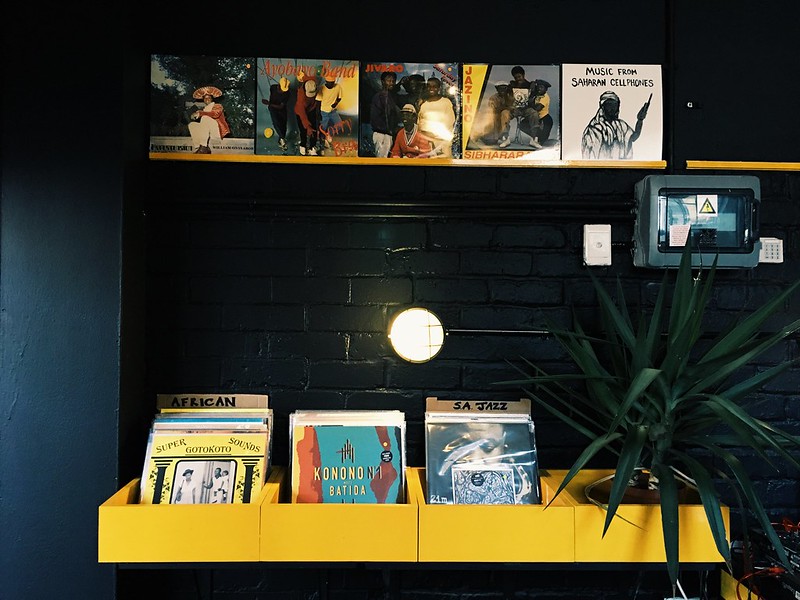 Of course that side of life where you make money to pay your bills would need to coexist with the creative and artistic side i.e. this website. And it’s on this creative journey that I came across DJ Okapi, who actually resides in my hometown and is killing things right now in terms of fresh DJ’s entering the European circuit and playing music that is of a more “worldly” variety. Maybe discovering AfroSynth and the music on offer could persuade me to venture back more often…

I was just scrolling facebook or soundcloud by chance and the name Okapi stuck out like a sort thumb as it’s actually local slang for a weapon used in South Africa (as the man himself will answer for you below). A few exchanges via email, a Boiler Room trip to London and the next thing you know we’re hanging out in his record store based in Maboneng, discussing all sorts from politics, music and just life in general.

See below for the Q & A we did and also a little snippet of music from the homeland via the mixcloud link below.

Massive thanks again to Dave for taking the time to welcome me and hopefully we’ll get to hang out again during the summer here in Europe – or not Europe anymore seeing as we been kicked out lol.

You can grab a copy of Boogie Breakdown via numerous outlets here in the UK or directly from Afrosynth. 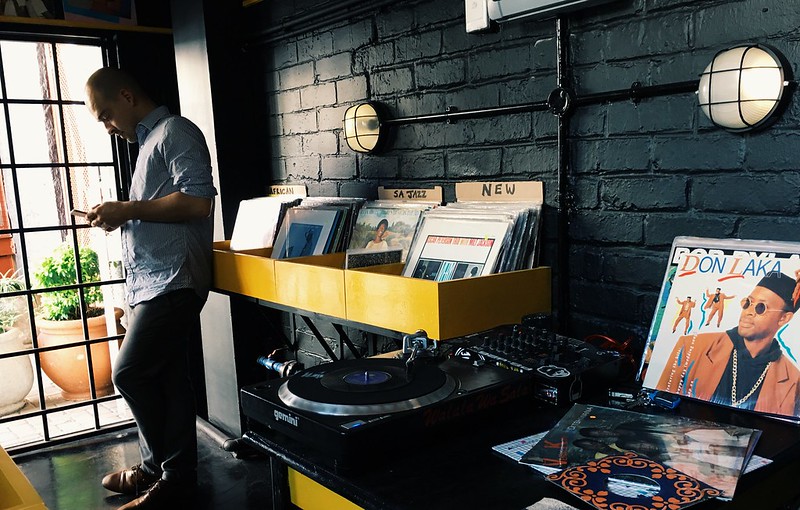 In South Africa an okapi is a type of knife, popular with tsotsi’s for decades and still for sale at any hardware store in Joburg. It’s symbolic of South African street culture, just like bubblegum or kwaito.

It’s just a name I chose for my website to bring together the various types of music in South Africa from the 80s. The record store is a natural extension of that so the name is the same. It can be used to describe a sound very broadly maybe but not really a specific genre, although people are free to describe music however they want to.

Repressing allows for old music to be bought by new audiences at an affordable price. It also ideally offers some income or at least attention for older musicians. There’s an endless supply of incredible recordings from all over Africa (particularly from the late 60s to the early 90s) that deserve to be heard and compilations are a convenient way to package the best tracks.

Thanks! Jeff from Cultures of Soul first contacted me in late 2014 about putting it together. I started sending him songs and eventually we decided on two tracks apiece from six key artists from the era, which he then licensed and released in September 2016. The songs are all from the early part of the 1980s, pioneering in their use of synthesizers and with an obvious American influence that pre-empts the bubblegum sound.

I don’t really have favourites but I respect any DJ who isn’t afraid to surprise people with obscure and old songs. In Europe there are DJs who have become famous doing this, like Hunee, DJ Harvey, Palms Trax, Awesome Tapes, DJ Nomad, Antal, Young Marco, etc, but there are many more doing it in relative obscurity who deserve the same respect, including in Africa.

I first met Antal in early 2016 when he came to South Africa and bought some records from me. I went to Amsterdam in September 2016 for some gigs and traded some records at Rush Hour for my store. He’d just got the Cultures of Soul comp and wanted to do another one, focused instead on South African dance music from the late 80s and early 90s – the late bubblegum ‘pantsula’ sound that came just before kwaito. He came back to Joburg in early January 2017 and we did the paperwork to license the tracks. The comp will come out later this year and features 12 songs by various artists originally released by the Music Team label, including Jivaro, Spirro, The Equals, The Hard Workers and Ayobayo Band.

I’m always finding new albums from SA from that era and in the past few weeks I’ve really been lucky to find some amazing new songs, including the following that I’d never heard until now:

‘Working on a Garbage Truck’ – Chabeen

Bushfire festival in Swaziland in 2015, Paradiso in Amsterdam and Bonnefooi in Brussels in 2016, Search festival in Cape Town over New Years. Over in the UK, it has to be Outlaws Yacth Club and Hifi Club in Leeds. 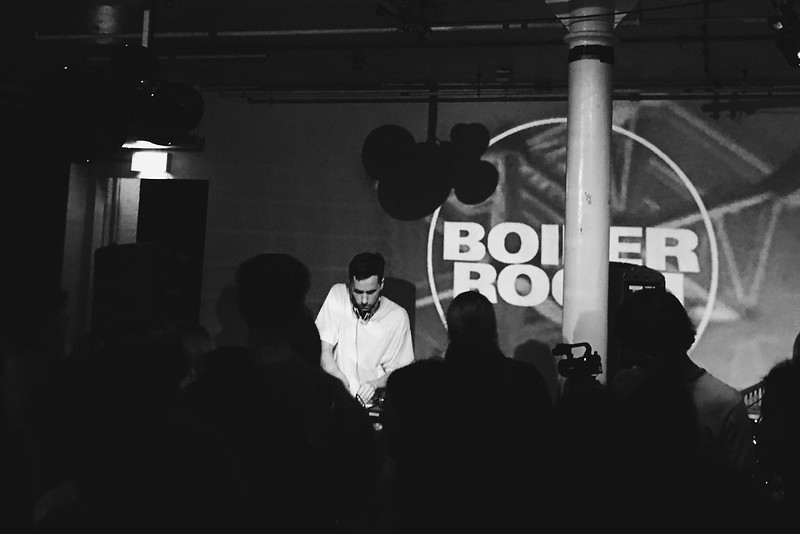